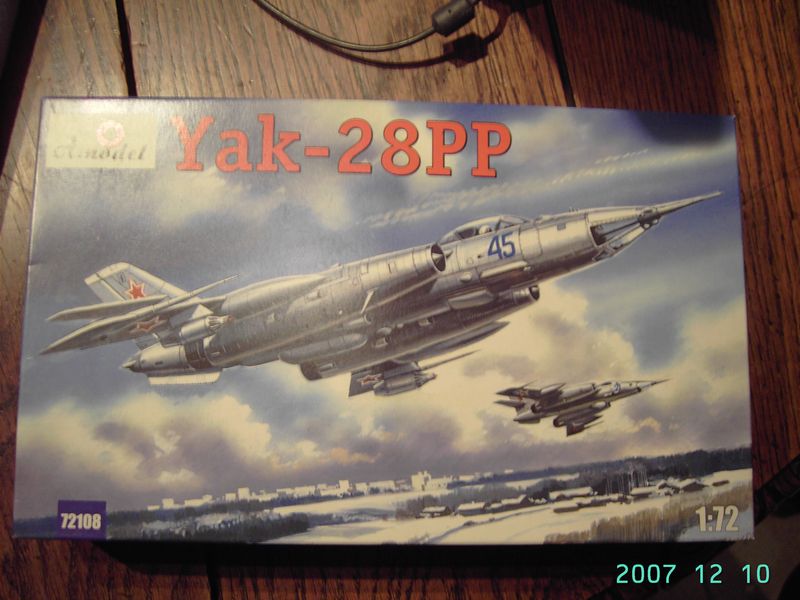 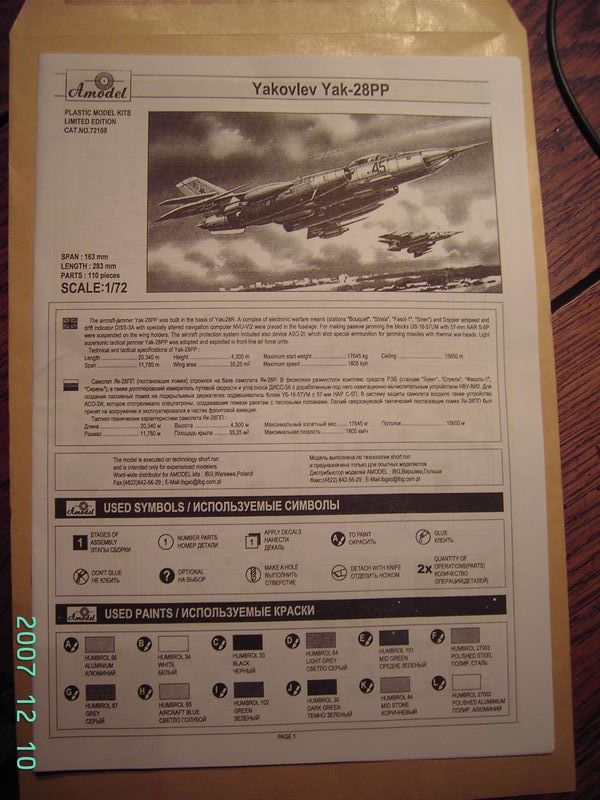 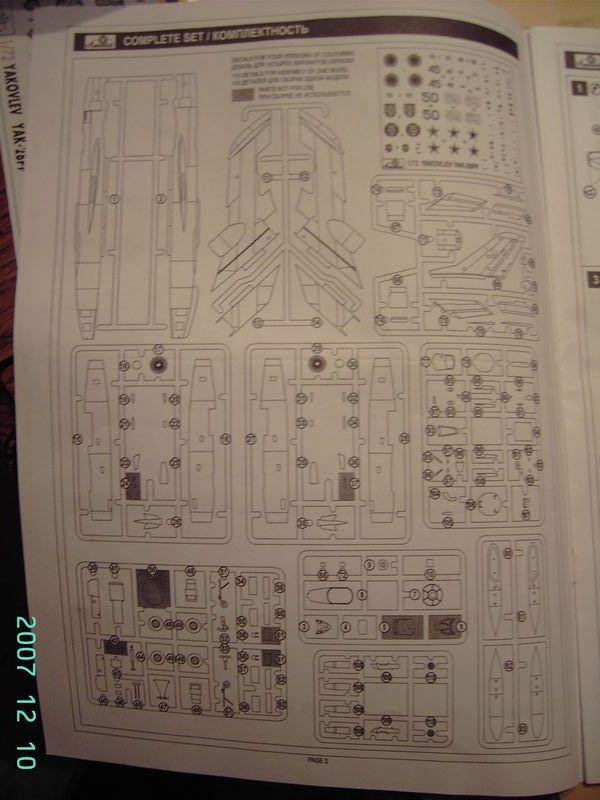 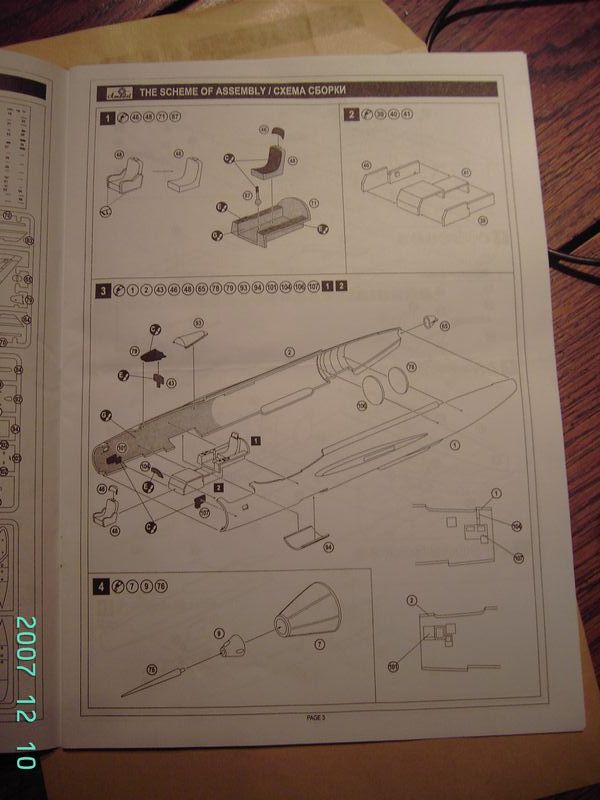 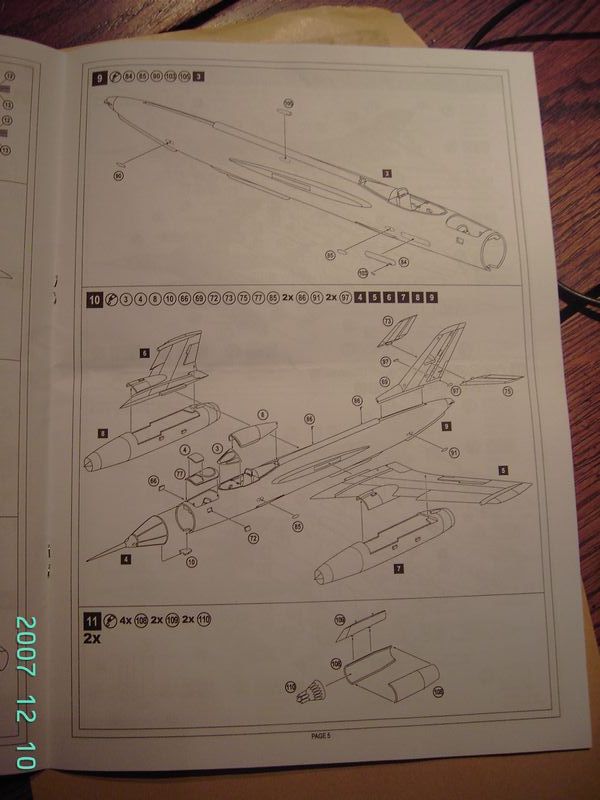 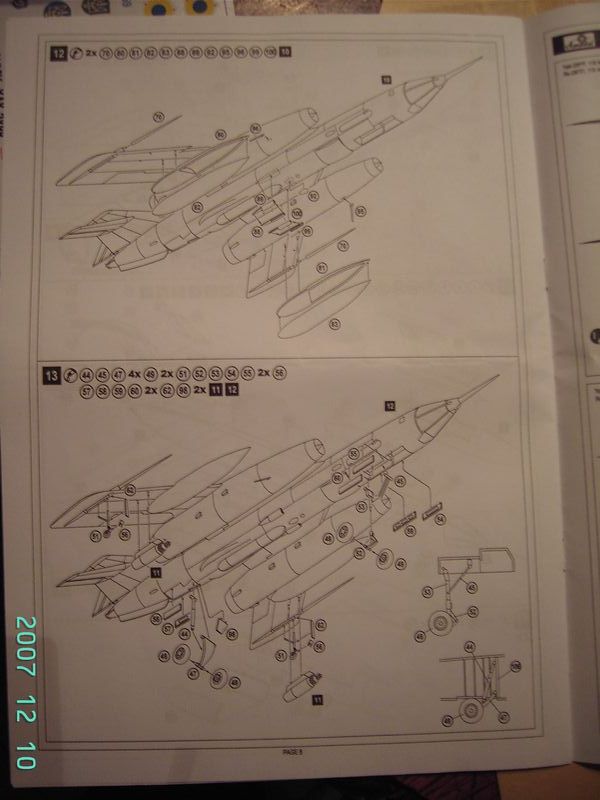 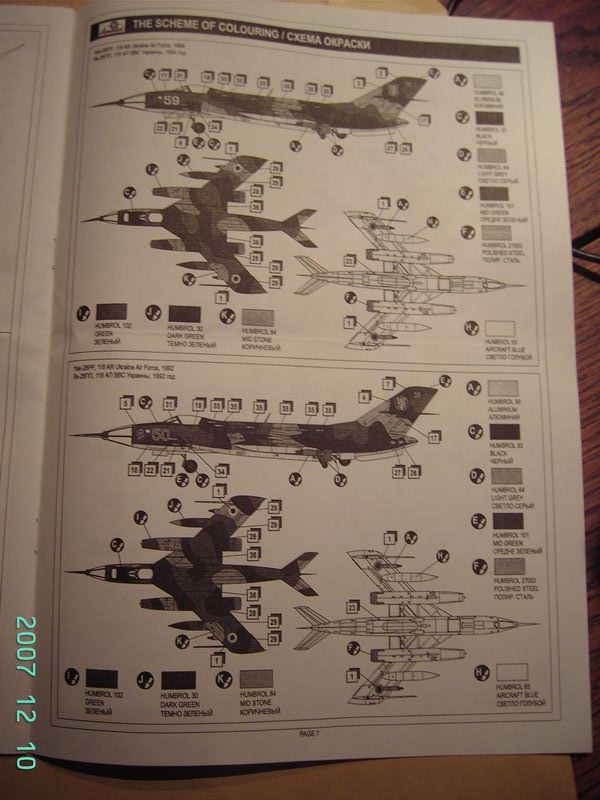 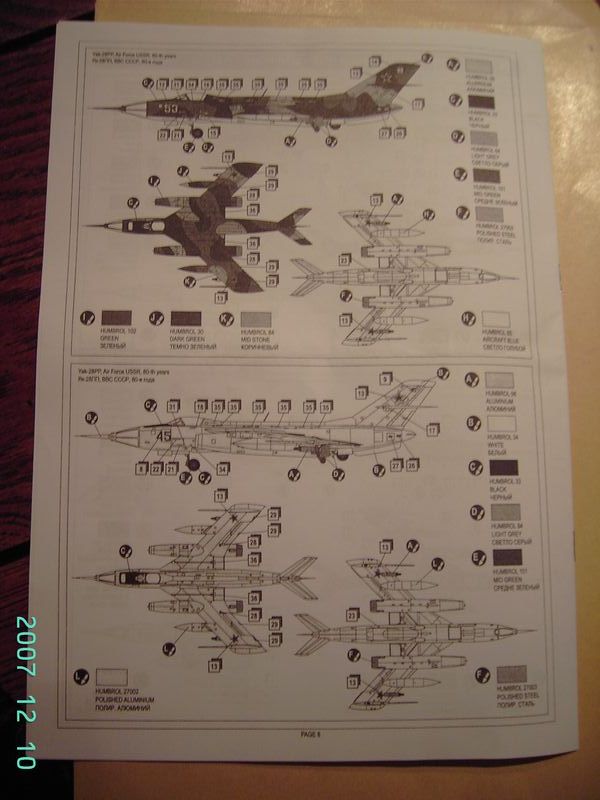 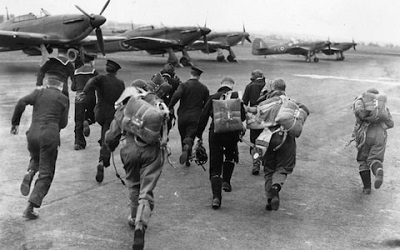 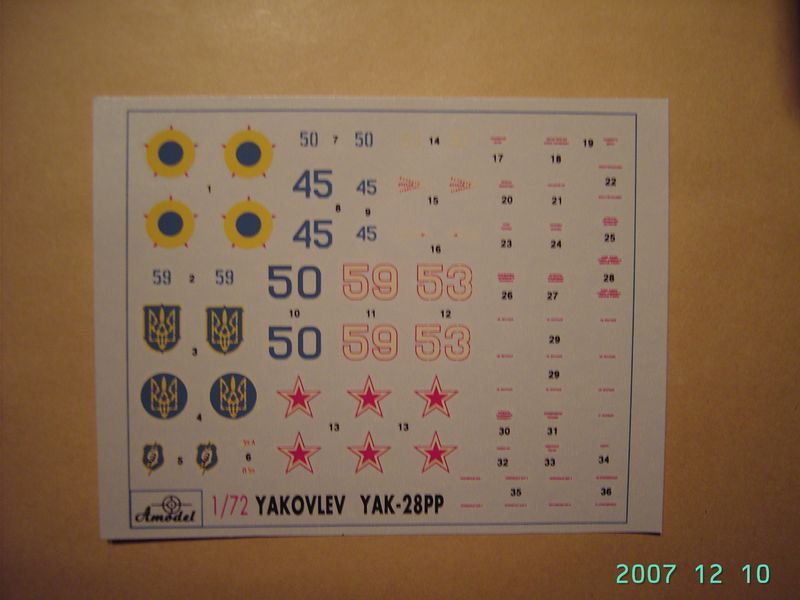 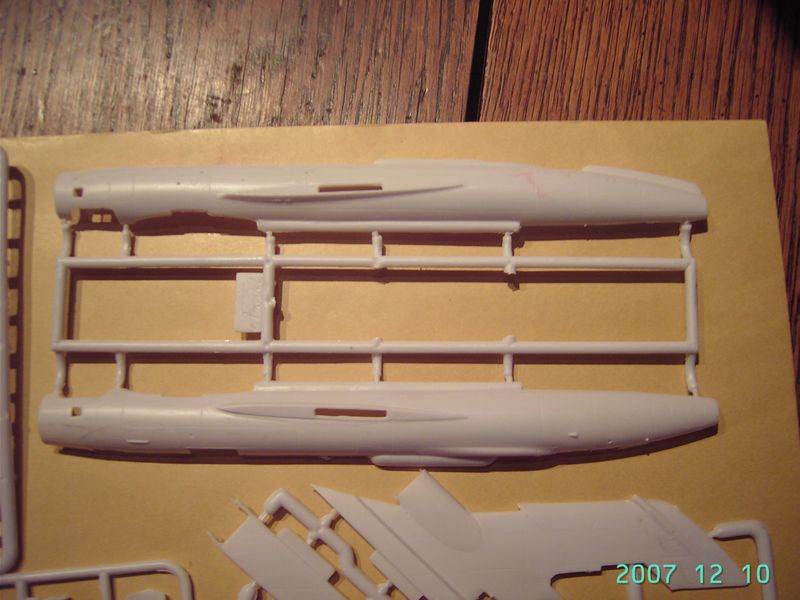 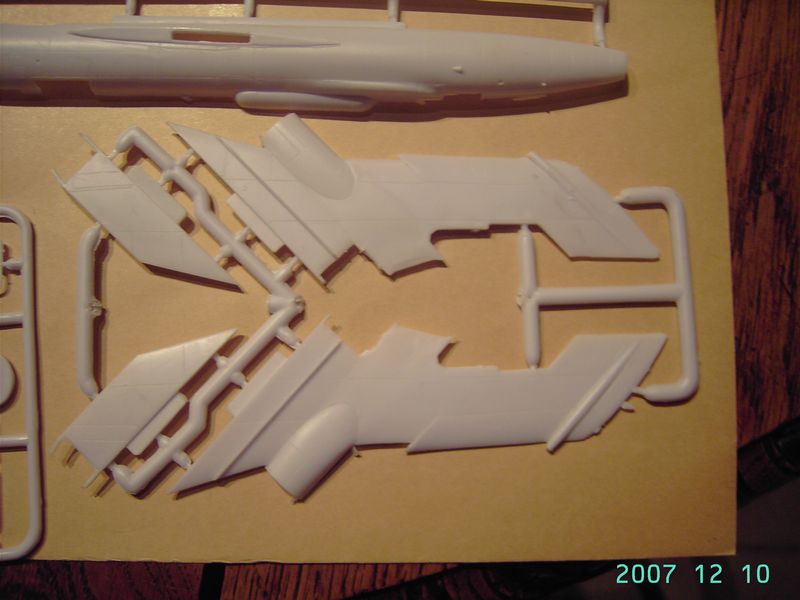 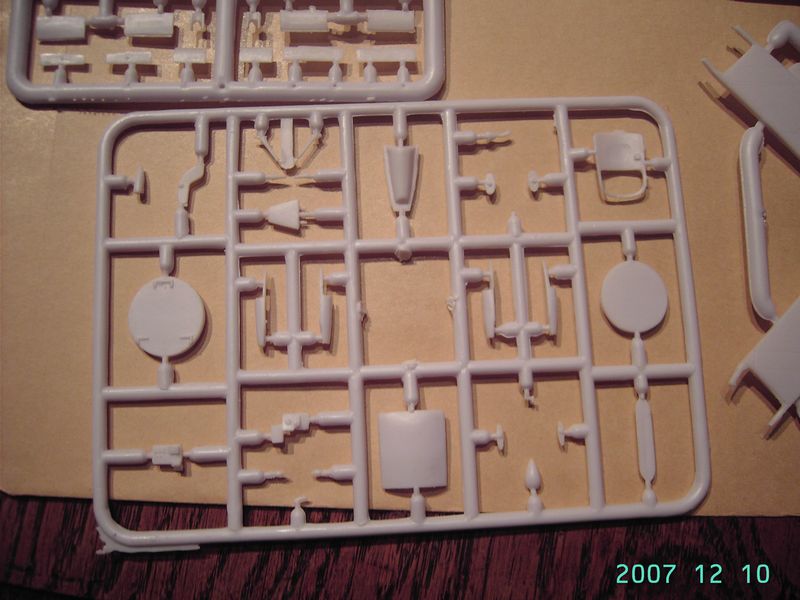 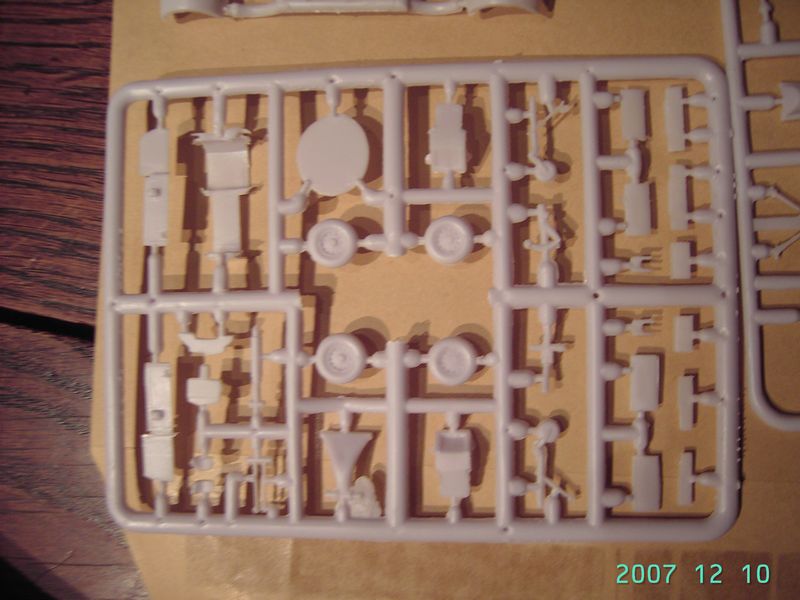 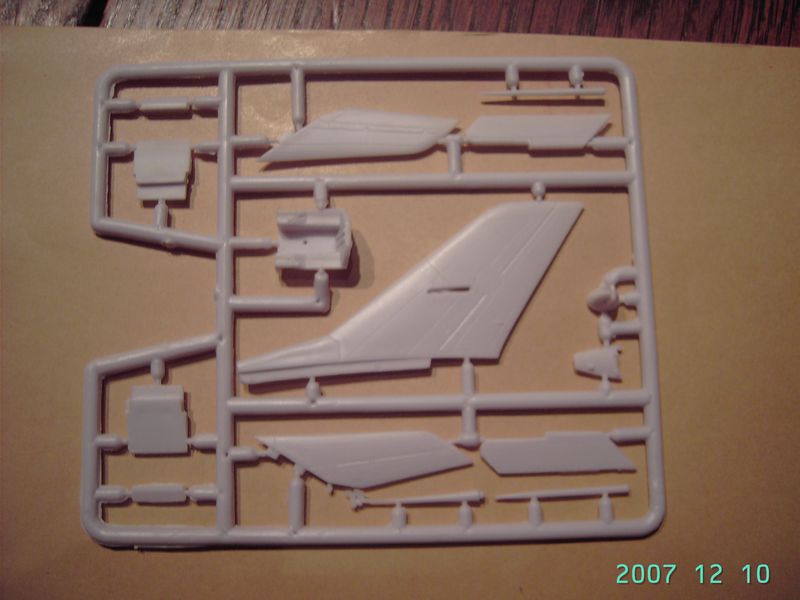 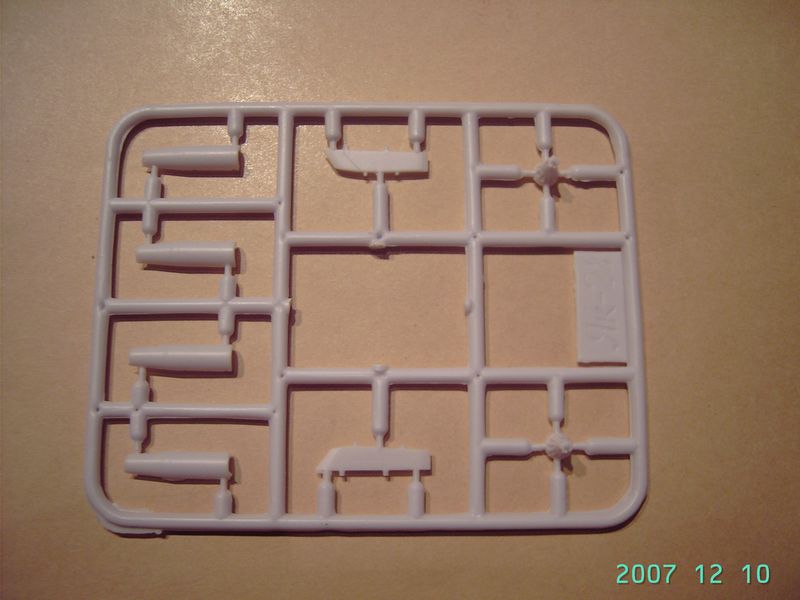 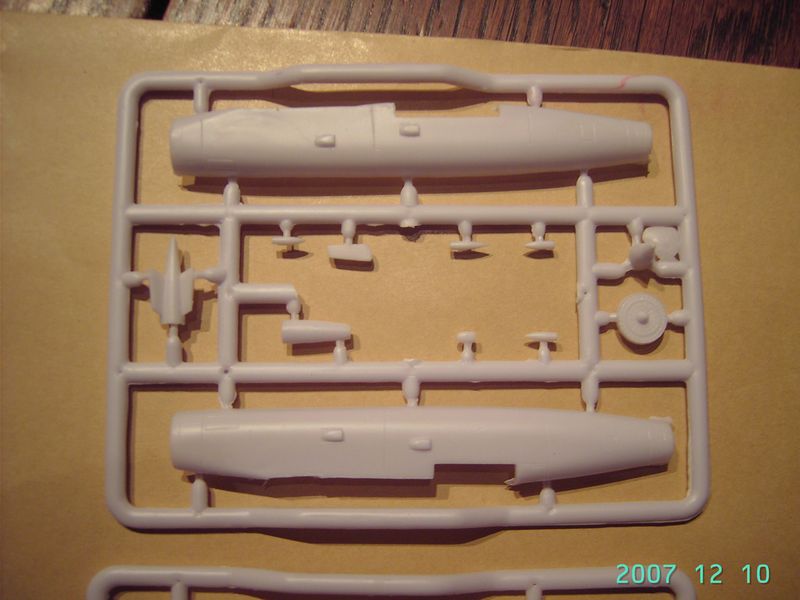 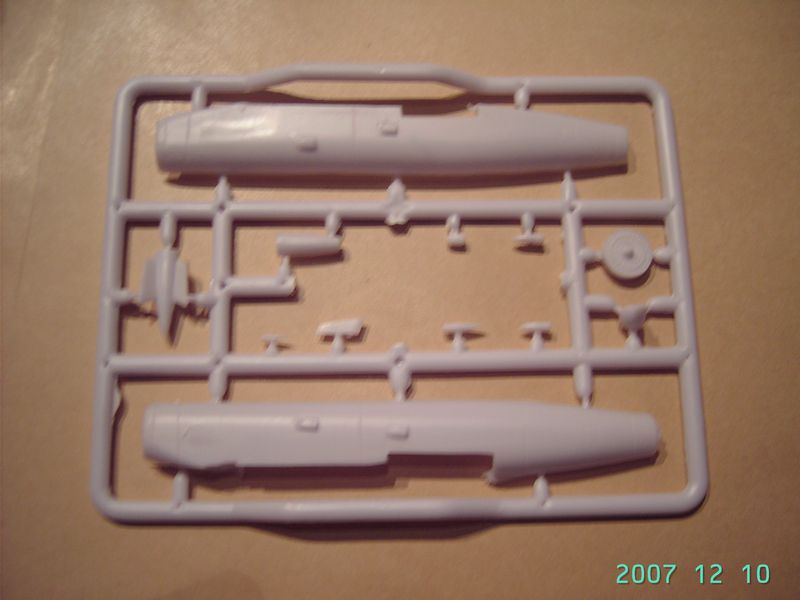 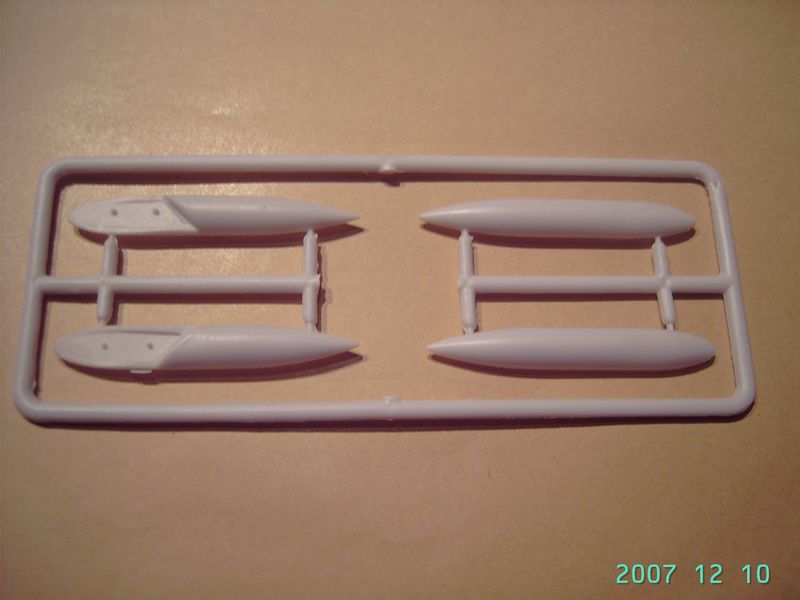 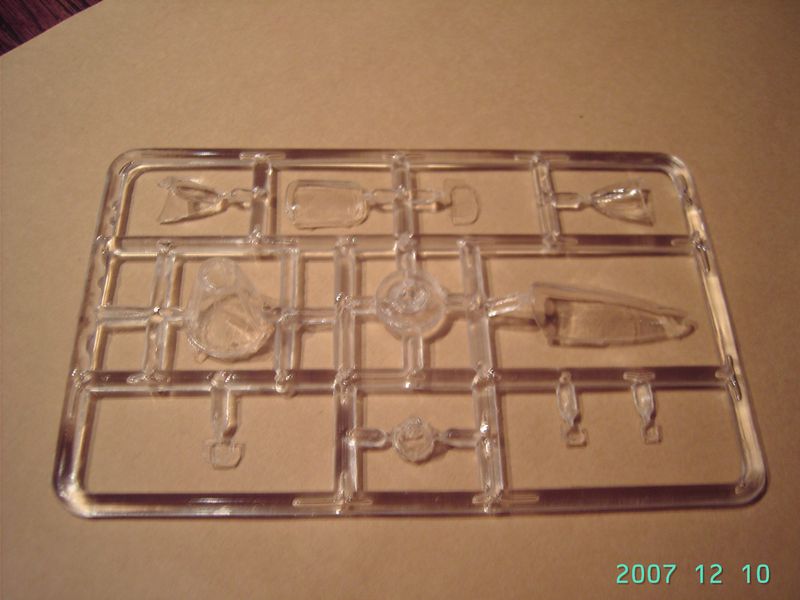 * In the mid-1960s, one Yak-28L was converted to a "defense suppression" or "Wild Weasel" configuration, fitted for carriage of two Kh-28 (NATO AS-9 Kyle) anti-radar missiles in place of the wing tanks, with the bombing system replaced by a radar homing and warning system (RHAWS) to target radars. This machine was designated "Yak-28N", where "N" stood for "Nositel (Carrier)", meaning "missile carrier". The conclusion of the exercise was that a more modern machine was needed for the demanding defense suppression mission, and the Mikoyan MiG-25BM "Foxbat-F" was obtained for that role instead.
In roughly the same timeframe, another Yak-28I was modified as a radar reconnaissance machine, carrying a "Bulat (Damask Steel)" side-looking airborne radar (SLAR) in the bombbay, with the SLAR antenna deployed out of the bombbay when observations were to be made. This machine was redesignated "Yak-28BI". It also was not adopted for service.
However, an electronic countermeasures variant, the "Yak-28PP", where "PP" stood for "Postanovschshik Pomekh (Countermeasures Aircraft)", did go into service. The Yak-28PP was developed in the late 1960s and went into production in 1970. It was something of a hybrid, with the cockpit and canopy of the Yak-28R but the nose glazing of the Yak-28L; exactly why a countermeasures aircraft needed nose glazing is an interesting question.

The Yak-28PP was fitted with the uprated R-11AF2-300 engines, and was crammed full of countermeasures gear, leading to a clutter of antenna fairings over the fuselage. The Yak-28PP was unarmed, but it could carry a pod of 57-millimeter rockets on each outer wing, with the rockets carrying warheads full of chaff to blind adversary radars; the aircraft was also fitted with chaff-flare dispensers for self-defense. The Yak-28PP was designed to accompany attack aircraft as they penetrated hostile airspace, using its jammers and chaff rockets to protect the strike package. Total production of the Yak-28PP is unclear.
* As mentioned, the Brewer series was rushed into service to give the VVS a supersonic strike capability. To no great surprise, at first reliability, particularly of the engines, was nothing to write home about. The Brewer was a more complicated machine than the previous generation of Soviet aircraft, and so manufacturing and maintenance were strained accordingly. The worst problems were fixed in time, but the type would never achieve the "shovel sturdiness" of the best Soviet gear, and the accident rate would be high -- though in maturity the accidents were usually due to pilot error or failure to perform proper maintenance, the machine being unforgiving of either.
The Brewer was not a particularly friendly aircraft to fly; it was a high performance machine, and though the old Flashlight had good single-engine handling, the Brewer was less docile and used much more powerful engines, making it a real handful with an engine out. Few pilots could expect to handle the Brewer safely without familiarization in the Maestro trainer. Its supersonic range was short and the bicycle landing gear configuration made loading it up with bombs painful.
There were VVS pilots who really preferred the old, rugged, reliable Il-28 Beagle for the low-level attack role. However, the blazing performance of the Brewer was liked -- few pilots find flying a hot aircraft disagreeable as long as the thing isn't a deathtrap -- and VVS crews did learn some affection for the type, while acknowledging that it was a demanding mount. It was nicknamed "Raschoska (Comb)" because with wing tanks it had a distinctly "toothy" appearance from below.
Brewers originally flew in natural metal colors, but later they featured disruptive camouflage schemes, which were applied in a few cases to the Maestro trainers even though they had no real operational capability. Brewer bombers participated in the invasion of Czechoslovakia in 1968, but flew no actual combat sorties.
The only actual strikes performed by any of the Brewer bombers were on 9 November 1975 -- against Soviet shipping. The crew of a Red Navy frigate operating in the Baltic, the STOROZEVHOY, had mutinied the day before, and the authorities ordered the vessel sunk before it could reach neutral port in Sweden. Some officials were so excited that they wanted the frigate obliterated with a tactical nuclear weapon, but they were overruled by calmer heads. The weather was lousy, but a Yak-28B found the ship and dropped two 250 kilogram (550 pound) HE bombs behind its stern, persuading the crew to surrender.
The weather was so poor that another Yak-28B hit a Soviet bulk cargo carrier by mistake; another attacked the cutter belonging to the commander of the Soviet Baltic fleet, but missed. The attack on the cargo carrier fortunately didn't result in any fatalities and the Red Navy compensated the shipping organization for the damage -- also providing a few cans of pure grain alcohol to the crew as an apology.
The bomber Brewers were replaced by the Sukhoi Su-24 "Fencer" beginning in the mid-1970s, but the Yak-28R reconnaissance aircraft and the Yak-28PP countermeasures aircraft soldiered on. The Yak-28R was the only Brewer to see any real war service, flying reconnaissance missions in border clashes with the Red Chinese in the early 1970s and over Afghanistan in the 1980s. The Yak-28R was generally out of service by the end of the 1980s, but the Yak-28PP, which was an integral component of VVS strike doctrine, lingered on into the mid-1990s, after the fall of the USSR. 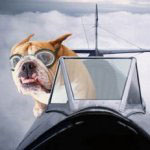 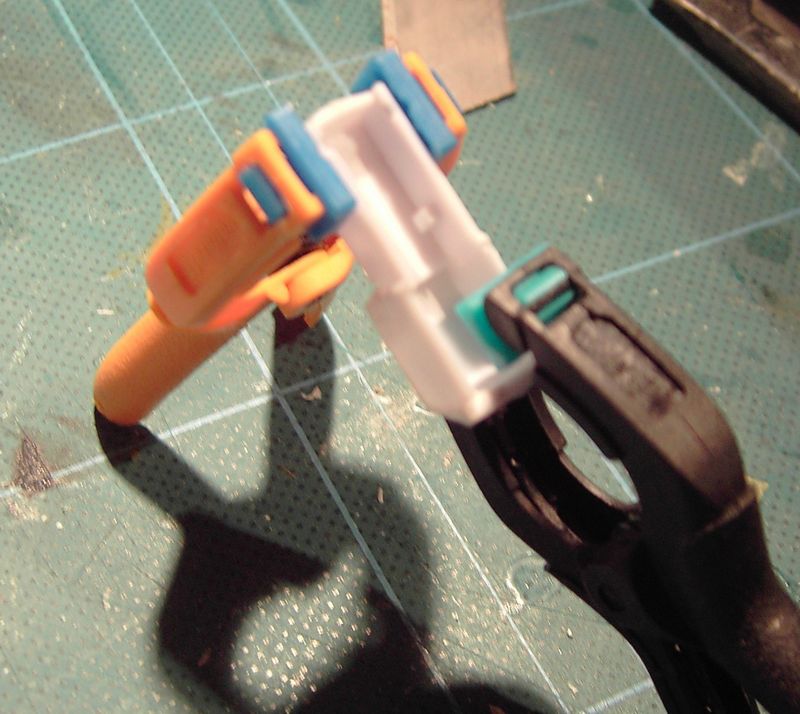 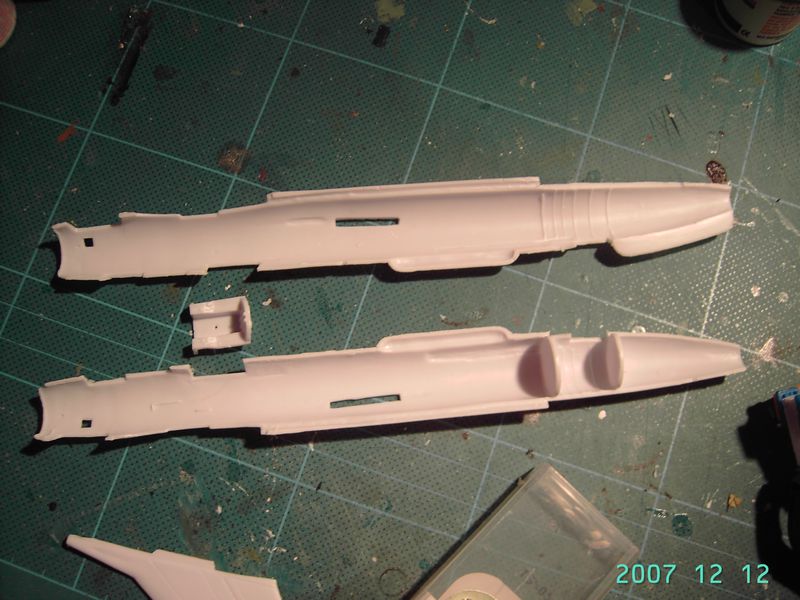 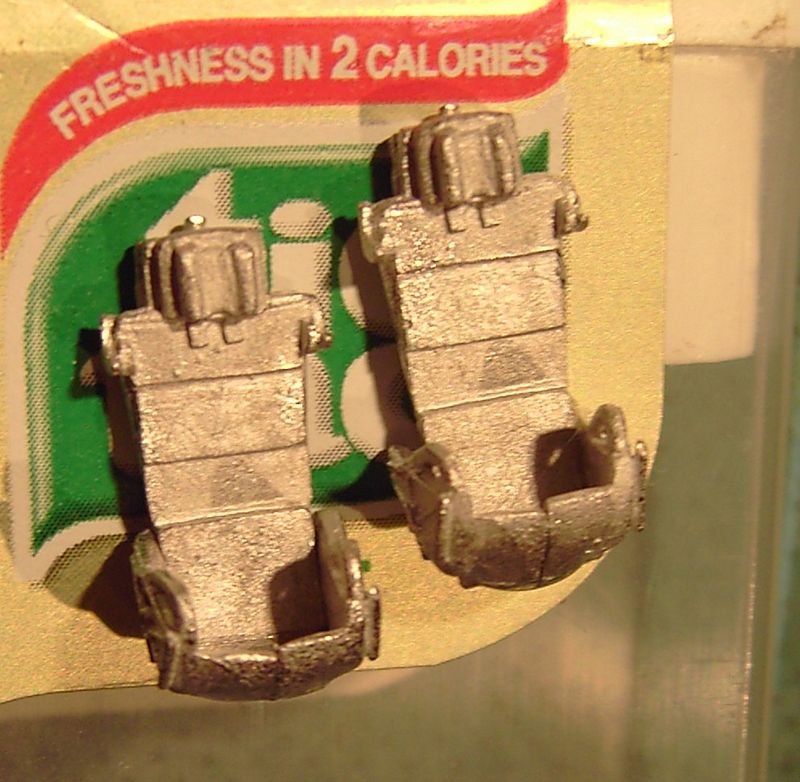 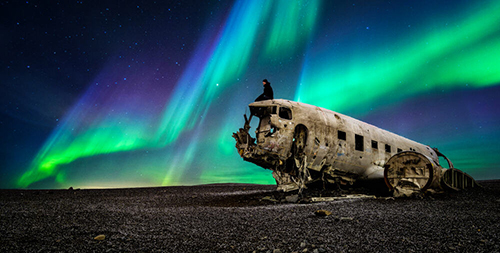 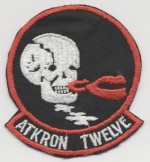